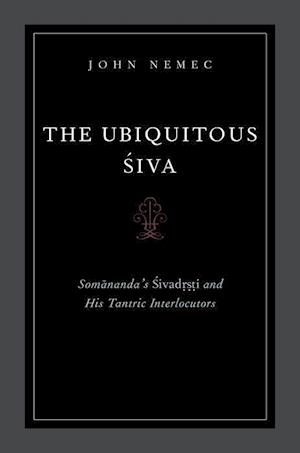 John Nemec examines the beginnings of the non-dual tantric philosophy of the famed Pratyabhijna or "Recognition [of God]" School of tenth-century Kashmir, the tradition most closely associated with Kashmiri Shaivism. In doing so it offers, for the very first time, a critical edition and annotated translation of a large portion of the first Pratyabhijna text ever composed, the Sivadrsti of Somananda. In an extended introduction, Nemec argues that the authorpresents a unique form of non-dualism, a strict pantheism that declares all beings and entities found in the universe to be fully identical with the active and willful god Siva. This view stands in contrast to the philosophically more flexible panentheism of both his disciple and commentator, Utpaladeva, andthe very few other Saiva tantric works that were extant in the author's day. Nemec also argues that the text was written for the author's fellow tantric initiates, not for a wider audience. This can be adduced from the structure of the work, the opponents the author addresses, and various other editorial strategies. Even the author's famous and vociferous arguments against the non-tantric Hindu grammarians may be shown to have been ultimately directed at an opposing Hindu tantric school thatsubscribed to many of the grammarians' philosophical views. Included in the volume is a critical edition and annotated translation of the first three (of seven) chapters of the text, along with the corresponding chapters of the commentary. These are the chapters in which Somananda formulates hisarguments against opposing tantric authors and schools of thought. None of the materials made available in the present volume has ever been translated into English, apart from a brief rendering of the first chapter that was published without the commentary in 1957. None of the commentary has previously been translated into any language at all.