The UAE and Saudi Arabia

- Border Disputes and International Relations in the Gulf 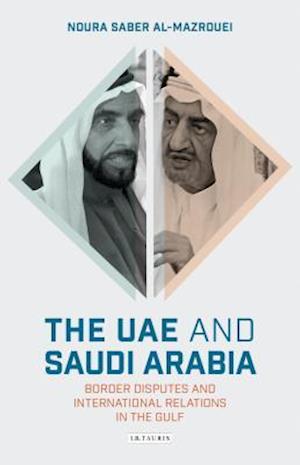 Saudi Arabia and the UAE have been engaged in a long-standing border dispute and in 2004 the UAE launched a public diplomatic campaign to persuade Saudi Arabia to revisit the issue. The governments of Saudi Arabia and the UAE had already signed the Treaty of Jeddah in 1974 to end forty years of conflict over territory. However, discrepancies between the oral agreement and final text led to recurrent tensions. This book offers understanding about how the Treaty of Jeddah came about and why the UAE were so quick to sign an agreement they would later regret. Based on research from the British archives, American reports and personal interviews, Noura Al-Mazrouei looks back to the 'colonial period' (1935-1971), when the Trucial States, consisting of Dubai, Abu Dhabi, Sharjah, Umm all Quwain, Fujairah, Ras al Khaima and Ajman, functioned as British Protectorates, to investigate the nature of the territorial negotiations that ensued during the time.The book shows that the negotiating position of the UAE, which was formed by the union of the Trucial States in 1971, was substantially weakened after the departure of the British that year, while Saudi Arabia's situation was strengthened by the United States' Twin Pillar policy that made both Saudi Arabia and Iran guarantors of its national security interests in the region.Saudi Arabia and the UAE sheds light on the complicated history of the Saudi-UAE territorial negotiations and, in assessing the boundary question during the rule of Sheikh Zayid bin Sultan Al-Nahyan and his son, Sheikh Khalifa, the book suggests how the UAE might still secure a final, more beneficial revision to the agreement.

Forfattere
Bibliotekernes beskrivelse Sheds new light on the boundary disputes between the UAE and Saudi Arabia and suggests how there could be a resolution. 17 bw integrated, 1 map