The Lives of Justine Johnstone 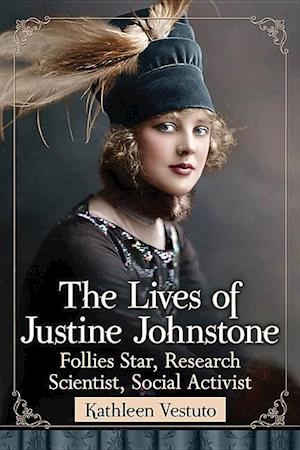 ﻿ As a Ziegfeld Follies girl and film actress, Justine Johnstone (1895-1982) was celebrated as "the most beautiful woman in the world." Her career took an unexpected turn when she abruptly retired from acting at 31. For the remainder of her life, she dedicated herself to medical research and social activism. As a cutting-edge pathologist, she contributed to the pre-penicillin treatment of syphilis at Columbia University, participated in the development of early cancer treatments at Caltech, and assisted Los Angeles physicians in oncology research. As a divorced woman in the 1940s, she adopted and raised two children on her own. She later helped find work for blacklisted Hollywood screenwriters and became a prominent participant in social and political causes. The first full-length biography of Johnstone chronicles her extraordinary success in two male-dominated fields--show business and medical science--and follows her remarkable journey into a fascinating and fulfilling life.