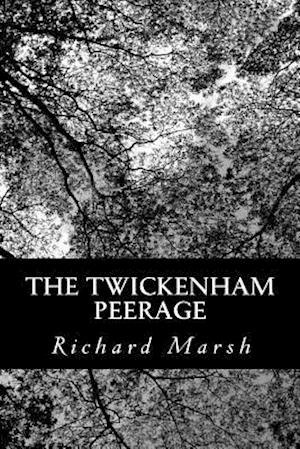 This historic book may have numerous typos, missing text or index. Purchasers can download a free scanned copy of the original book (without typos) from the publisher. 1902. Not illustrated. Excerpt: ... chapter xxxiv the penitent hat the Marquis of Twickenham lives a religious X life is a matter of public notoriety. His benefactions to the Church whose faith he had adopted are in the mouths of every one. By far the larger portion of his income must, in some form or other, go into priestly hands. His family seat at Cressland is ordered almost as if it were a house of the religious. Priests are everywhere. Both a convent and a monastery have been established in the grounds. His days are ordered as if he himself were one of the brotherhood. Prayer and fasting are his rules of life. Strange stories are told of self-inflicted penances. Thus he seeks, it would seem, to atone for the sins of his early life. In the opinion of certain persons the penitential spirit came on him with altogether unexpected suddenness. Mr. Stephen Foster, who had charge of the family finances till they were transferred to the custody of Roman Catholic administrators, to this day cannot understand how the alteration came about. He declares that when the truant peer first returned from his prolonged absence, his lordship struck him as being very much more of a scoffer than a bigot. Yet all at once he was in sackcloth and ashes. Mr. Foster cannot make it out at all. He is persuaded that there is something curious somewhere. Lord Reginald Sherrington keeps a keen eye upon his brother's proceedings. His lordship's generosity has enabled him to marry Lady Violet Howarth, and it is understood that the match is, on the whole, a happy one; but he cannot rid himself of a feeling that the priestly element which rules at Cressland requires attention and constant observation. In which respect he is not impossibly correct. Miss Desmond is still unmarried. Douglas Howarth is dead. The Marquis seemed by hi...