- The Role of Religion in the Twenty-First Century 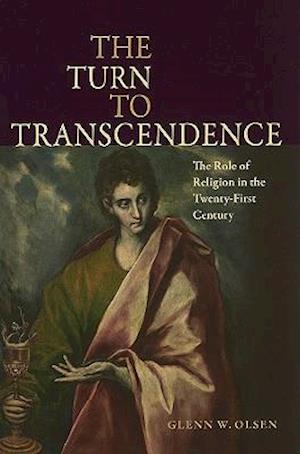 Especially concerned with the public nature of religion, Glenn W. Olsen sets forth an exhaustively researched and persuasive account of how religion has been reshaped in the modern period. Though ancient and medieval western writers used various metaphors to express the idea that humans are aligned to the universe, they also believed that humans are oriented toward something ""above"" or transcending themselves. In recent centuries, however, the sense that humans, while living in nature and history, are oriented to transcendence has seemingly diminished. For many, God or the gods have all but disappeared from secular life. In this important and timely book, Olsen demonstrates with powerful insight that there are alternatives, and that religion can and should play a role in restoring a cultural openness to transcendence. He considers such questions as how we should understand God's presence in the universe, what form religion should take in the public square, what role liturgy plays in orienting us toward God in the universe, and what it means for religion to be in but not of the world. Olsen examines proposals for recovering an adequate sense of transcendence for the future. These range from an appreciation of certain forms of contemporary art and music specifically concerned with transcendence, through discussion of the forms of Christian life and worship most likely to prosper in and shape the modern world. He proposes a contemporary way of expressing the ideas that God is to be found in all things and that all is to be done to the Glory of God.