The Trouble with Unity 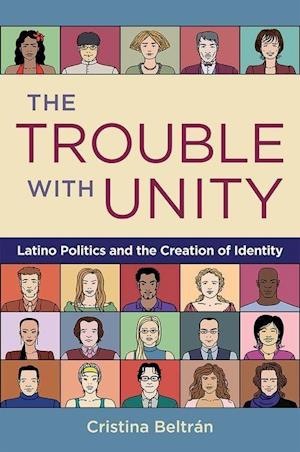 Over the past decade, much attention has been given to examining the growing political influence of Latinos in the United States in order to define the so-called "Latino vote." The idea of the existence of a coherent Latino vote or political agenda (encompassing the interests of various ethnic groups of Latin-American origin and known as civic Latinidad) is, as this book shows, not only highly debatable, but possibly politically unviable. Beltran's bookis the first comprehensive critique of civic Latinidad and the Latino electoral and protest politics that work to erase political diversity and debate in favor of images of political and cultural unity. Situated at the intersection of political theory and Latino studies, Beltran's book analyzes the practices, perceptions, and assumptions that shape how Latinos in the United States articulate their quest for political power and influence. The book looks at three key moments in U.S. Latino political history: the Chicano and Puerto Rican civil rights movements of the late 1960s; the emergence of Latinos as a pan-ethnic voting bloc in the 1980s; and the recent political activism surroundingillegal immigration. To this, Beltran applies political theory to analyze the relationship among participatory democracy, public speech, and racial identification and to link the study of Latino politics to the larger question of how subjects are made capable of collective action. The Trouble with Unitydraws upon a diverse range of political, feminist, and cultural theorists to challenge the very existence of a coherent "Latino" political agenda with a pre-existing set of "Latino interests" that can be found and defended.