The Trouble with Textbooks 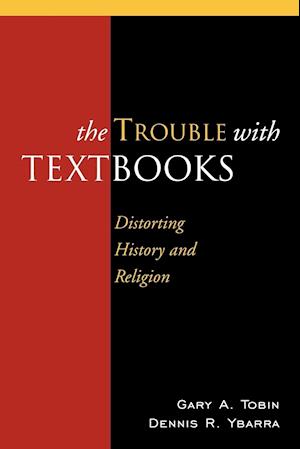 School textbooks in Iran, Saudi Arabia, Egypt and elsewhere in the Arab and Muslim worlds are filled with anti-Western and anti-Israel propaganda. Most readers will be shocked to discover that history and geography textbooks widely used in America's elementary and secondary classrooms contain some of the very same inaccuracies about Jews, Judaism, and Israel. Did you know that 'there is no record of any important Jewish contribution to the sciences?' (World Civilizations, Thomson Wadsworth). Or that 'Christianity was started by a young Palestinian named Jesus?' (The World, Scott Foresman/Pearson). Supplemental materials and other classroom influences are even worse. The Trouble with Textbooks exposes the poor scholarship and untruths in textbooks about Jews and Israel. The problems uncovered in this ground-breaking analysis are instructive, and illustrate the need for reform in the way textbooks are developed, written, marketed, and distributed. Substitute another area_how we teach American history, Western civilization, or comparative religion_and we have another, equally intriguing case study. The Trouble with Textbooks shows what can go terribly wrong in discussing religion, geography, culture, or history_and in this case_all of them. The Trouble with Textbooks tells a cautionary tale for all readers, whatever their background, of how textbooks that Americans depend on to infuse young people with the values for good citizenship and to help acculturate students into the multicultural salad that is American life, instead disparage some groups and teach historical distortions. With millions of young people using these textbooks each year, the denigration of some should be a concern for all.