The Trouble with Capitalism

- An Enquiry into the Causes of Global Economic Failure 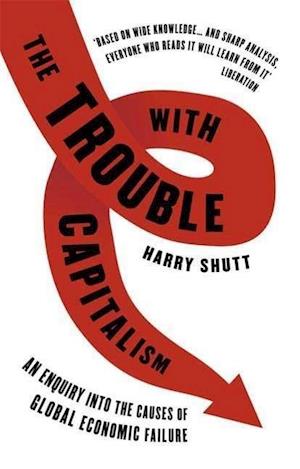 The recent collapse of the banking system and instability in the financial markets has dramatically shaken confidence in the global economic order. Is the current variant of 'free market' capitalism really sustainable? The Trouble With Capitalism - originally written, with remarkable prescience, in 1998 - anticipates such a development and explains the underlying economic fragility it has revealed. Rather than being merely a temporary blip in the march of capitalism, Shutt argues forcefully that the on-going crisis has arisen as a result of fundamental economic problems, stemming from the growing redundancy of both labour and capital since the 1970s. In doing so, he exposes the sham of the laissez faire prospectus, showing that state power and capital are increasingly being used to prop up capital while pretending that the aim is to roll back the frontiers of the state.The implications of the author's startling conclusion (re-examined in a new foreword) - that the maximisation of profit must cease to be the main basis for allocating resources - are profound.