The Triumph of Empire

- The Roman World from Hadrian to Constantine

indgår i serie History of the Ancient World 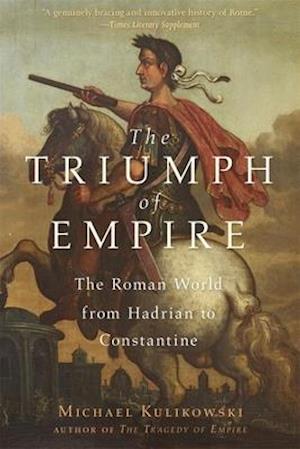 The Triumph of Empire takes us into the political heart of imperial Rome and recounts the extraordinary challenges overcome by a flourishing empire. Roman politics could resemble a blood sport: rivals resorted to assassination as emperors rose and fell with bewildering speed, their reigns sometimes measured in weeks. Factionalism and intrigue sapped the empire from within, and imperial succession was never entirely assured.

Michael Kulikowski begins with the reign of Hadrian, who visited the farthest reaches of his domain and created a stable frontier, and takes us through the rules of Marcus Aurelius and Diocletian to Constantine, who overhauled the government, introduced a new state religion, and founded a second Rome. Despite Rome's political volatility, imperial forces managed to defeat successive attacks from Goths, Germans, Persians and Parthians.

"A genuinely bracing and innovative history of Rome."

"This is a wonderfully broad sweep of Roman history. It tells the fascinating story of imperial rule from the enigmatic Hadrian through the dozens of warlords and usurpers who fought for the throne in the third century AD, to the Christian emperors of the fourth--after the biggest religious and cultural revolution the world has ever seen."

"This was an era of great change, and Kulikowski is an excellent and insightful guide."