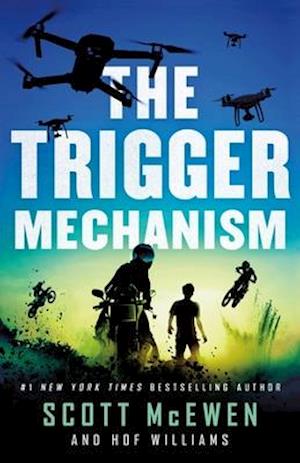 The second book in the Camp Valor series by the #1 New York Times bestselling co-author of American Sniper.

When a drone explodes at a crowded high school basketball championship, unleashing a mysterious chemical, a riot ensues, leaving fans dead. The gas is revealed to be a vaporized cocktail of hormones and neurotransmitter chemicals, which have the ability to trigger horrific and seemingly unstoppable acts of violence by otherwise non-aggressive participants. Over the anonymous Tor browser--the gateway to the darknet--the Encyte network claims credit for the attack. A series of similar violent outbreaks follow, terrorizing the public. When everyone is a weapon, no one is safe.

Using spyware technology, a reclusive billionaire and Camp Valor alum develops a theory about the leader of the Encyte network's identity. Camp Valor is given the summer to stop the violence. Wyatt Brewer, who is living in hiding with his family after taking down Glowworm Gaming the previous summer, wants no part of the mission or of Valor. It's not until the violence is linked to a video game created by Glowworm Gaming that Wyatt acquiesces, agreeing to return to the camp for another summer, with one condition: He will not kill.

Wyatt searches to find the Encyte network, and to reconcile the kind of young man he thought he wanted to be with his true nature. As Wyatt and his section zero-in on what they believe is their target, Wyatt has a terrifying realization. What if they themselves are being used by their faceless enemy as a weapon?