The Trials of the King of Hampshire 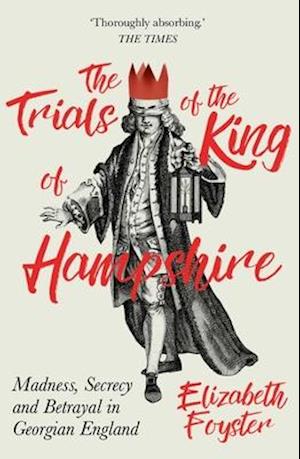 A Guardian best history book of 2016Eccentric, shy aristocrat ... or mad, bad and dangerous to know?Neighbour Jane Austen found the 3rd earl of Portsmouth a model gentleman and Lord Byron maintained that, while the man was a fool, he was certainly no madman. Behind closed doors, though, Portsmouth delighted in pinching his servants so that they screamed, asked dairy-maids to bleed him with lancets and was obsessed with attending funerals. After he'd lived this way for years, in 1823 his own family set out to have him declared insane. Still reeling from the madness of King George, society could not tear itself away from what would become the longest, costliest and most controversial insanity trial in British history.