The Trials of Mrs. Lincoln 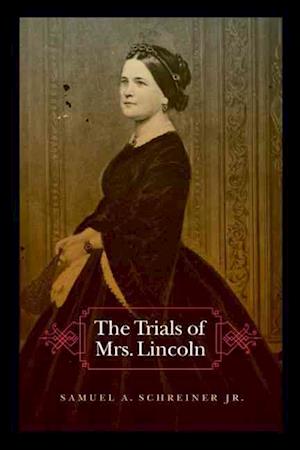 Mary Todd Lincoln (1818-82) was a politically ambitious, volatile, and sharp-tongued woman, a shopaholic, and an embarrassment to her son and to the powerful men who sought to control the Lincoln legacy for their own political supremacy. Slandered by former Lincoln cronies and Republican operatives, such as William Herndon, Ward Hill Lamon, and Thurlow Weed; disliked by her son's wife, the former Mary Harlan; plagued by debts, her pension grant having been denied by Congress; conspired against by her son, Robert, along with Supreme Court justice David Davis, Leonard Swett, John Todd Stuart, Isaac N. Arnold, and others, she had literally no one to turn to. This account of her final years, based on documentary evidence, sets the record straight and restores the reputation of one of the most maligned women in American political history. Samuel A Schreiner Jr., a veteran journalist and former senior editor at Reader's Digest, is the author of The Passionate Beechers: A Family Saga of Sanctity and Scandal That Changed America.