The Trials of Eroy Brown

- The Murder Case That Shook the Texas Prison System 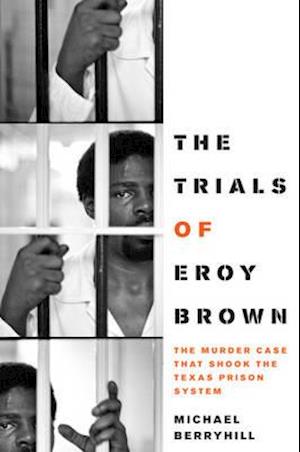 In April 1981, two white Texas prison officials died at the hands of a black inmate at the Ellis prison farm near Huntsville. Warden Wallace Pack and farm manager Billy Moore were the highest-ranking Texas prison officials ever to die in the line of duty. The warden was drowned face down in a ditch. The farm manager was shot once in the head with the warden's gun. The man who admitted to killing them, a burglar and robber named Eroy Brown, surrendered meekly, claiming self-defense.In any other era of Texas prison history, Brown's fate would have seemed certain: execution. But in 1980, federal judge William Wayne Justice had issued a sweeping civil rights ruling in which he found that prison officials had systematically and often brutally violated the rights of Texas inmates. In the light of that landmark prison civil rights case, Ruiz v. Estelle, Brown had a chance of being believed.The Trials of Eroy Brown, the first book devoted to Brown's astonishing defense, is based on trial documents, exhibits, and journalistic accounts of Brown's three trials, which ended in his acquittal. Michael Berryhill presents Brown's story in his own words, set against the backdrop of the chilling plantation mentality of Texas prisons. Brown's attorneys-Craig Washington, Bill Habern, and Tim Sloan-undertook heroic strategies to defend him, even when the state refused to pay their fees. The Trials of Eroy Brown tells a landmark story of prison civil rights and the collapse of Jim Crow justice in Texas.

Forfattere
Bibliotekernes beskrivelse The shocking story of the black inmate who was acquitted after killing two high-ranking prison guards in a case that publicized the horrors of Texas's "plantation-style" prison system 16 b&w photos, 3 maps