The Trial of Kitaro 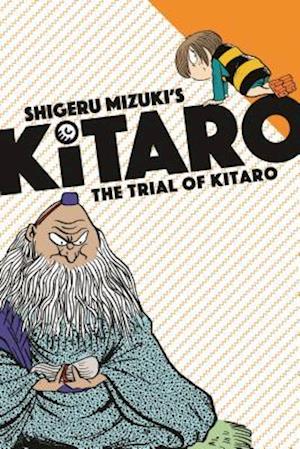 In the seventh volume of Shigeru Mizuki s defining series, our beloved hero Kitaro stands accused of beating up his fellow yokai to protect the human populace. He is put on trial for crimes against Yokai. Witnesses are called from both sides, but when Nezumi Otoko takes the stand, all bets are off. Will Nezumi Otoko be for Kitaro or against him? Only the biggest bribe will tell! The Trial of Kitaro features five bizarre and amusing adventures. In every story, Kitaro has his hands full. He faces off against Kasha, a vicious demon cat; tries to quell a magical cooking pot; battles a sea monster; and solves the mystery of a three-eyed bird. This volume features comics from the golden age of Gegege no Kitaro - the late 1960s. These stories appear in English for the first time in a kidfriendly edition, with translations by Mizuki scholar and series translator Zack Davisson. The Trial of Kitaro also concludes Davisson s History of Kitaro essay and offers another round of Yokai Files, which introduce the folklore of Japan s monsters and supernatural beings. This final volume of Shigeru Mizuki s renowned Kitaro series is not to be missed!

Forfattere
Bibliotekernes beskrivelse The final showdown for the legendary yokai! Black and White Throughout