The Trauma of Monastic Reform

- Community and Conflict in Twelfth-Century Germany 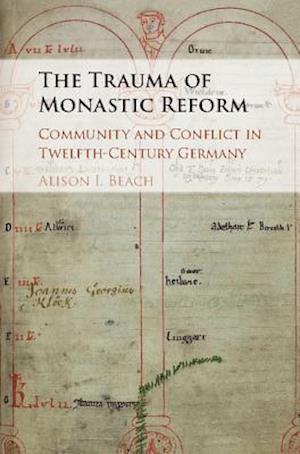 This book opens a window on the lived experience of monastic reform in the twelfth century. Drawing on a variety of textual and material sources from the south German monastery of Petershausen, it begins with the local process of reform and moves out into intertwined regional social, political, and ecclesiastical landscapes. Beach reveals how the shock of reform initiated decades of anxiety at Petershausen and raised doubts about the community's communal identity, its shifting internal contours and boundaries, and its place within the broader spiritual and social landscapes of Constance and Swabia. The Trauma of Monastic Reform goes beyond reading monastic narratives of reform as retrospective expressions of support for the deeds and ideals of a past generation of reformers to explore the real human impact that the process could have, both on the individuals who comprised the target community and on those who lived for generations in its aftermath.

Forfattere
Bibliotekernes beskrivelse This is a study of the lived experience of monastic reform within the troubled and violent landscape of twelfth-century Germany. While the book will be of interest to specialists in medieval history, religion, gender, and manuscript studies, its readability will make it accessible also to undergraduate students and other non-specialists. Worked examples or Exercises; 4 Tables, black and white; 4 Maps; 13 Halftones, black and white