The Transnationalization of Economies, States, and Civil Societies 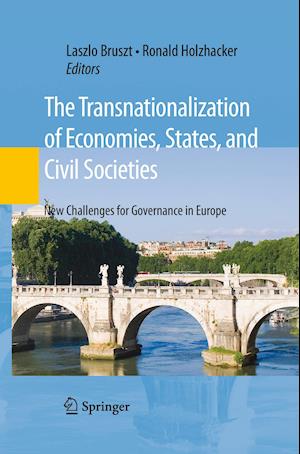 7. 1. 1 Research Question The electricity sector has undergone and continues to experience a fundamental transformation. Liberalization, deregulation and re-regulation have spread around the world, which has led to a far-reaching restructuring of the sector. In Europe, this trend has been reinforced by a European Union (EU) directive adopted in 1996. This directive alone, however, cannot suf ciently explain how and why most co- tries, some of them not members of the EU, decided to liberalize their electricity sectors. First, the directive gave large leeway to the member states about how to implement liberalization, and second, the phenomenon is an almost global trend, not limited to Europe. Therefore, Europeanization as an explanation for the electr- ity market's liberalization has been criticized for overemphasizing the impact of the EU (Fligstein and Merand 2001; Jordana et al. 2006; Levi-Faur 2004; Verdier and Breen 2001). A more encompassing approach to explain why governments decided to lib- alize their electricity markets is offered by the recent research agenda of trans- tionalization. Transnationalization can be de ned as '[...] the regular interactions between state and non-state actors across national boundaries aimed at shaping political and social outcomes at home, abroad, and in an emerging global sphere of governance' (Orenstein and Schmitz 2006: 7).The approach of transnationalization includes both state and nonstate actors.