The Transformation of the Decline and Fall of the Roman Empire 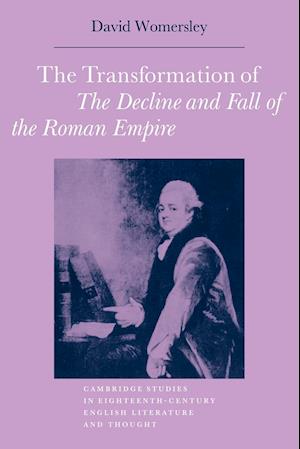 David Womersley's book investigates Edward Gibbon's The Decline and Fall of the Roman Empire as both a work of literature and a work of history, examining its style and irony, tracing its classical and French sources, and highlighting the importance of its composition in three instalments over a period of twenty years. Dr Womersley discusses each of these instalments in detail, plotting the work's transformation from conception to completion, and relating this to the achievements and limitations of the philosophic historiography which Gibbon inherited from Montesquieu and Hume, but finally discarded. The Decline and Fall of the Roman Empire emerges from this study as a work more flexible in its sympathies and surprising in its judgements than has hitherto been granted, while the magnitude of Gibbon's achievement as a stylist, historian and thinker is brought into sharper focus.