The Trail of the Lonesome Pine 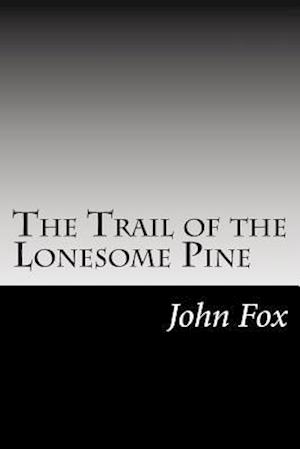 She sat at the base of the big tree-her little sunbonnet pushed back, her arms locked about her knees, her bare feet gathered under her crimson gown and her deep eyes fixed on the smoke in the valley below. Her breath was still coming fast between her parted lips. There were tiny drops along the roots of her shining hair, for the climb had been steep, and now the shadow of disappointment darkened her eyes. The mountains ran in limitless blue waves towards the mounting sun-but at birth her eyes had opened on them as on the white mists trailing up the steeps below her. Beyond them was a gap in the next mountain chain and down in the little valley, just visible through it, were trailing blue mists as well, and she knew that they were smoke. Where was the great glare of yellow light that the "circuit rider" had told about-and the leaping tongues of fire? Where was the shrieking monster that ran without horses like the wind and tossed back rolling black plumes all streaked with fire? For many days now she had heard stories of the "furriners" who had come into those hills and were doing strange things down there, and so at last she had climbed up through the dewy morning from the cove on the other side to see the wonders for herself.