The Tragi-Comedy of Victorian Fatherhood 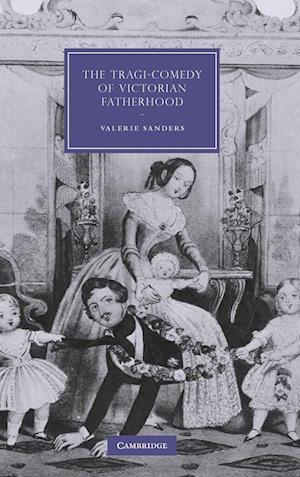 Examining Victorian middle-class fatherhood from the fathers' own perspective, Valerie Sanders dismantles the persistent stereotype of the nineteenth-century paterfamilias by focusing on the intimate family lives of influential public men. Beginning with Prince Albert as a high-profile patriarchal role-model, and comparing the parallel case histories of prominent Victorians such as Dickens, Darwin, Huxley and Gladstone, the book explores the strains on men in public life as they managed their private relationship with their children and found a language for the expression of their pleasure, grief and anxiety as fathers. In a context of cultural uncertainty about the legal rights and moral responsibilities of fatherhood, the study draws on a wealth of unpublished journals and letters to show how conscientious Victorian fathers in effect invented a meaningful domestic role for themselves which has been little understood.

Forfattere
Bibliotekernes beskrivelse This is a study of Victorian middle-class fatherhood from the fathers' own perspective. It aims to dismantle the classic stereotype of the nineteenth-century paterfamilias by focusing on the lives of influential public men, ranging from novelists to politicians, scientists and leading churchmen.