The Tragedy of the Athenian Ideal in Thucydides and Plato 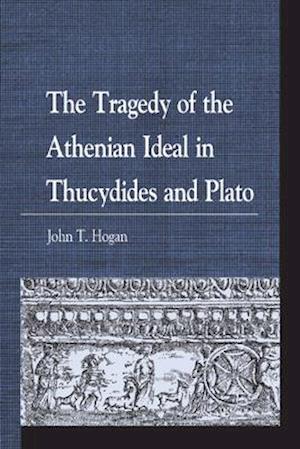 John T. Hogan's The Tragedy of the Athenian Ideal in Thucydides and Plato assesses the roles of Pericles, Alcibiades, and Nicias in Athens' defeat in Thucydides' Peloponnesian War. Comparing Thucydides' presentation of political leadership with ideas in Plato's Statesman as well as Laches, Charmides, Meno, Symposium, Republic, Phaedo, Sophist, and Laws, it concludes that Plato and Thucydides reveal Pericles as lacking the political discipline (sophrosune) to plan a successful war against Sparta. Hogan argues that in his presentation of the collapse in the Corcyraean revolution of moral standards in political discourse, Thucydides shows how revolution destroys the morality implied in basic personal and political language. This reveals a general collapse in underlying prudential measurements needed for sound moral judgment. Furthermore, Hogan argues that the Statesman's outline of the political leader serves as a paradigm for understanding the weaknesses of Pericles, Alcibiades, and Nicias in terms that parallel Thucydides' direct and implied conclusions, which in Pericles' case he highlights with dramatic irony. Hogan shows that Pericles failed both to develop a sufficiently robust practice of Athenian democratic rule and to set up a viable system for succession.

Forfattere
Bibliotekernes beskrivelse This book shows how Plato's Statesman and Thucydides' presentation of the moral collapse in Athenian political discourse reveal many points of agreement between Plato and Thucydides.