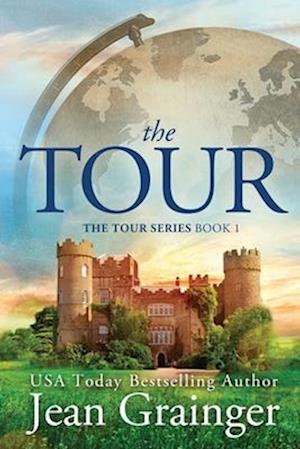 'In the great tradition of Irish storytelling, taking her place beside Maeve Binchy and Frank McCourt, Jean Grainger's books will sweep you away to Ireland.'

Every week, Conor O'Shea collects a new group of American visitors from Shannon Airport, from where they embark on a high end tour of the Real Ireland.

But this particular tour, with its cast of unintentionally hilarious characters, presents even seasoned tour guide Conor with situations that test even his vast experience.

Among this eclectic group are Corlene, a gold digging multiple divorcee on the prowl; Patrick, a love starved Boston cop; Dylan, a goth uilleann piper; Dorothy a poisonous college professor who wouldn't spend Christmas and Elliot, a wall street shark who finally shows his true colours.

Then there's Ellen, back on Irish soil for the first time in eighty years, to discover a truth no-one could ever have guessed at, least of all herself.

And that's just a few of the colourful cast. The locals they meet on their journey, West Brits, passionate musicians, Ukrainian waitresses and Garda high flyers all help to make this a tour no-one will ever forget. And of course, there's Conor O'Shea in the thick of it all, solving problems and mending hearts, but what about his own?

The Tour is the first in the series.