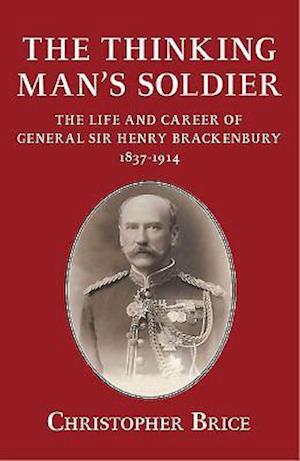 Sir Henry Brackenbury is a now largely forgotten but extremely important soldier, writer, and administrator of the late Victorian era. To Lord Wolseley Brackenbury was "not one of but the cleverest man in the army" and "that first-rate man of business", to the conservative Duke of Cambridge he was "a very dangerous man" whilst King Edward VII remembered him as the man who "pulled the army out of a hole in South African". Born to a minor Lincolnshire landowning family of modest but comfortable means, and as the youngest son of a youngest son, it was always essential that Henry Brackenbury had a 'career'. Although initially studying for a career in the legal profession he was commissioned as a Lieutenant in the Royal Artillery in 1856.He saw active service during the Indian Mutiny, but after that he settled down into a series of administrative and teaching appointments within the Royal Artillery and as Professor of Military History at the Royal Military Academy Woolwich. Finding he had a considerable amount of spare time on his hands he was encouraged to write a history of the origins of artillery in Europe. With this he started an illustrious literary career which would see him produce five books alongside a large number of journal and newspaper articles. He had a simple narrative style alongside an ability to engage the more technical reader. Being of limited personal means the financial success of his literary work was extremely important.He worked for the National Aid Society on the continent during the Franco-Prussian War, and in 1872 he was asked by Garnet Wolseley to join his staff and accompany him to Ashantiland. This was the start of a long association as one of what would become known as the 'Wolseley Ring' that would see Brackenbury serve in Natal, Cyprus, Zululand and ultimately the Sudan where Brackenbury would lead the River Column and end the war by being promoted to Major-General.The reminder of his career saw him undertake three key administrative posts. As Head of the Intelligence Branch of the War Office, where he became a Chief of Staff in all but name. Later as Military Member of the Governor General of India where he combined the roles of a Chief of Staff and Secretary of State for War completely reforming the administrative and financial systems of the Indian Army and establishing the Indian Army's first mobilisation scheme. Finally as Director General of the Ordnance he had to deal with the large scale demands that the South African War placed on his department and him personally. His extremely interesting and significant military career has largely been overlooked until now. Alongside the private papers in the public domain the author has been granted unprecedented access to the private archives of the Brackenbury family and has viewed many letters of a more personal nature, and has been able to produce the first detailed biography of Sir Henry Brackenbury.

Forfattere
Bibliotekernes beskrivelse Sir Henry Brackenbury is a now largely forgotten but extremely important soldier, writer, and administrator of the late Victorian era, described as "a very dangerous man" and a man who "pulled the army out of a hole in South Africa". 16 b/w ills, 2 maps