The Theatre of David Mamet 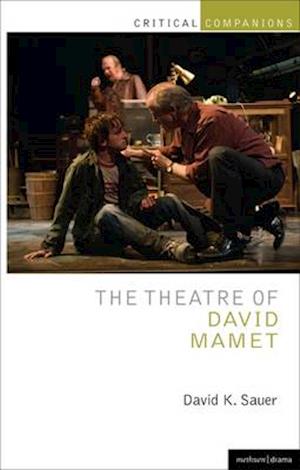 David Mamet has carved out a reputation as one of the most important American dramatists. His hit plays Glengarry Glen Ross and Oleanna have ensured his work forms a staple of Literature and Drama curriculums and anthologies as much as stage revivals, while his work as a film writer/director and writings on acting have cemented his influence. This Critical Companion to Mamet's stage work will prove indispensable to students of Theatre, Film and Literary studies. It provides a survey and analysis of Mamet's plays with a particular and unique emphasis on how the plays work in performance. Works are examined in broadly chronological order, but with the film works considered together in one chapter, a chapter devoted to the one act and shorter plays, and another on the seemingly autobiographical family plays, including Cryptogram and The Old Neighbourhood. Various stage productions are compared alongside film versions to analyse how the work varies in performance. The volume also features four additional essays by practitioners and scholars offering different critical perspectives on the work.As President of the David Mamet Society and having taught Mamet's plays to undergraduates for over thirty years, David Sauer is uniquely qualified to write the definitive companion to the work of this leading dramatist.

Forfattere
Bibliotekernes beskrivelse A Critical Companion to the stage and screen work of US dramatist David Mamet, winner of the Pulitzer Prize for Drama for Glengarry Glen Ross. It surveys and analyses Mamet's oeuvre with an emphasis on the works in performance, and features several essays providing different critical perpsectives on the work.