The Ten Arms of Durga 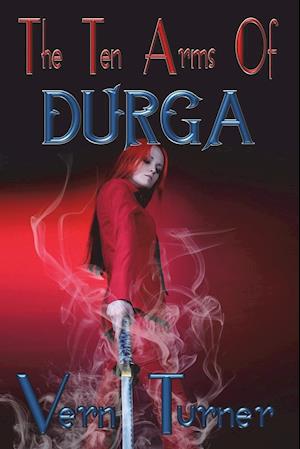 A beautiful woman and her equally beautiful teenage daughter are subjected to horrifying experiences by a drug-addled husband and father who serves them up as sexual favors to pay his drug suppliers for providing the mind and soul destroying chemicals that transformed Crummy Keller into an amoral monster, wife-beater and all-around evil doer. This horrifying event plus the previous regular physical and mental abuse, finally drove Erica Keller, and her daughter Sonya, to flee for their lives. What follows is the metamorphosis of the daughter into a super athletic woman who learns the crafts and skills of a samurai warrior to avenge herself and her mother's shame.

Sonya Keller becomes the embodiment of the Hindu goddess, Durga. It is as if she has those ten arms, each with a different weapon that destroys demons and protects the innocent – beginning with her mother and her best friend. Sonya becomes the most formidable crime fighter the drug criminals in her home town ever imagined. She exacts justice on the drug organization putting many of them in the hospital before the police and the courts lock them away for long sentences. No woman is stronger and more fearsome to the bad guys than Sonya Keller, just as Durga stoked fear in the hearts of her demonic adversaries, Sonya Keller lays waste to the thugs and modern-day demons plaguing her town.

Along the way, she meets a very special man who carefully and patiently guides her along the path from rage and fear of men to a place of trust and tenderness. Finally, her discovery of true love fills the once-empty hole in her soul, much as Shiva did for Durga.

The Ten Arms of Durga will leave readers asking for more from Sonya Keller. She has just scratched the surface of her abilities, intensity and ability to love.