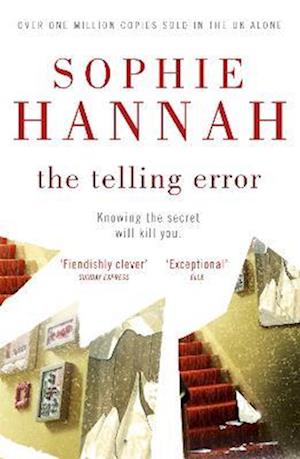 Perfect for fans of Agatha Christie's mysteries, as well as Clare Mackintosh and Paula Hawkins, the ninth psychological thriller from Sophie Hannah is a literary mystery and a puzzle that's impossible to solve . . . 'Fiendishly clever' Sunday Express'Exceptional' Elle Knowing the secret will kill you.All she wanted to do was take her son's forgotten sports kit to school.So why does Nicki Clements drive past the home of controversial newspaper columnist Damon Blundy eight times in one day? Blundy has been murdered, and the words 'HE IS NO LESS DEAD' daubed on his wall - in red paint, not blood. And, though Blundy was killed with a knife, he was not stabbed. Why?Nicki, called in for questioning, doesn't have any of the answers police are looking for. Nor can she tell them the truth, because although she is not guilty of murder, she is far from innocent. And the words on the wall are disturbingly familiar to her, if only she could remember where she has heard them before . . .