The Tax System in Industrialized Countries 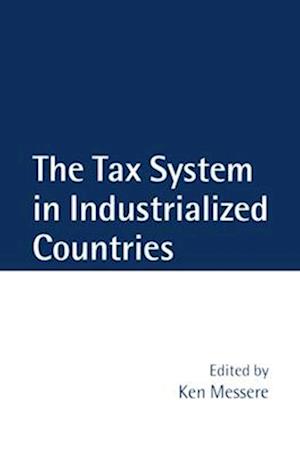 Practical Reason and Norms focuses on three problems: In what way are rules normative, and how do they differ from ordinary reasons? What makes normative systems systematic? What distinguishes legal systems, and in what consists their normativity? All three questions are answered by taking reasons as the basic normative concept, and showing the distinctive role reasons have in every case, thus paving the way to a unified account of normativity. Rules are a structure of reasons to perform the required act and an exclusionary reason not to follow some competing reasons. Exclusionary reasons are explained, and used to unlock the secrets of orders, promises, and decisions as well as rules. Games are used to exemplify normative systems. Inevitably, the analysis extends to some aspects of normative discourse, which is truth-apt, but with a diminished assertoric force.This volume is the only book to provide a comparative and systematic analysis of the tax systems of the major industrialized nations (the G7 plus Netherlands, Spain, and Sweden) over the last decade. An introductory chapter compares the tax levels, structures, and systems of the ten, notes differences between government preoccupations in mid-1980s and mid-1990s, and unusual tax features of particular countries, before speculating on likely changes in the remainingyears of the century. In the ten main chapters, individual national experts providein a standardized format to facilitate comparisondetails of all the significant taxes and important changes in relation to specific policy considerations such as fiscal deficits, savings and investment incentives, incomedistribution effects, and administrative and compliance costs. The country chapters conclude with a summary of recent and prospective tax reforms, which in each case takes account of the underlying economic conditions and political climate.

Forfattere
Bibliotekernes beskrivelse Joseph Raz offers an explanation of the normativity of rules, promises, decisions, and orders, of games, and of the law, using an analysis of a special type of reasons, i.e. reasons to exclude other reasons, providing an account of the systematic interdependence of rules in legal and other systems, and an account of types of normative discourse.This book provides a systematic and comparative analysis of the tax systems of ten countries (G7 plus Netherlands, Spain, and Sweden) over the last decad numerous tables