The Taste of Rain 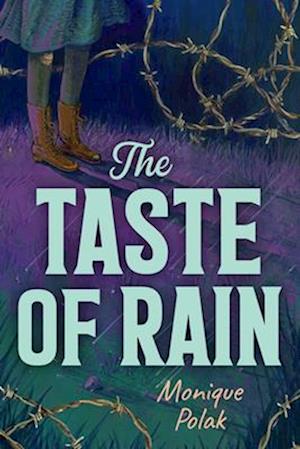 It is 1945, and thirteen-year-old Gwendolyn has been a prisoner at the Weihsien Internment Camp in northern China for nearly two and a half years. Gwendolyn is one of 140 children who were enrolled at a boarding school in Chefoo when the Japanese Imperial Army invaded China. Life in the camp is difficult. There is not enough food or water, and even the children are forced to do hard labor. But Miss E., one of their teachers from Chefoo, has come up with an unusual scheme: she will follow the Girl Guide Code, treating Gwendolyn and her friends as if they are part of a Girl Guide troop. Girl Guides promise not only to stay positive in the most challenging situations but also to do good turns, meaning they must be kind to others without any expectation of reward. Gwendolyn hopes that when she grows up, she will be as courageous and optimistic as Miss E. But then Gwendolyn learns that Miss E. is not as full of answers as she seems, and she realizes that in order to protect a friend, she will have to do something that could never be considered a good turn.