- The Twelfth Chronicle of Matthew Bartholomew 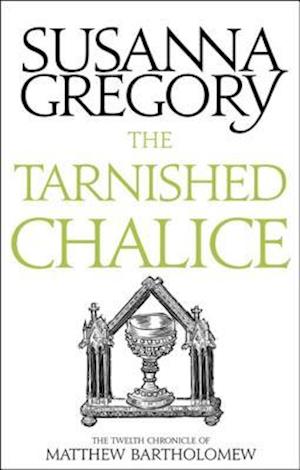 For the twentieth anniversary of the start of the Matthew Bartholomew series, Sphere is delighted to reissue all of the medieval monk's cases with beautiful new series-style covers.------------------------------------The winter of 1353 has been appallingly wet, there is a fever outbreak amongst the poorer townspeople and the country is not yet fully recovered from the aftermath of the plague. The increasing reputation and wealth of the Cambridge colleges are causing dangerous tensions between the town, Church and University. Matthew Bartholomew is called to look into the deaths of three members of the University of who died from drinking poisoned wine, and soon he stumbles upon criminal activities that implicate his relatives, friends and colleagues - so he must solve the case before matters in the town get out of hand...On a bitter winter evening in 1356, Matthew Bartholomew, Brother Michael and their book-bearer Cynric arrive in Lincoln. Michael is to accept an honour from the cathedral, and Bartholomew is looking for the woman he wants to marry. It is not long before they learn that the friary in which they are staying is not the safe haven they imagine - one guest has already been murdered. It soon emerges that the dead man was holding the Hugh Chalice, a Lincoln relic with a curiously bloody history. Bartholomew and Michael are soon drawn into a web of murder, lies and suspicion in a city where neither knows who can be trusted.

Forfattere
Bibliotekernes beskrivelse For the twentieth anniversary of the start of the Matthew Bartholomew series, Sphere is delighted to reissue all of the medieval monk's cases with beautiful new series-style covers.