The Taking of Cheryl, Book One: Cheryl Captured 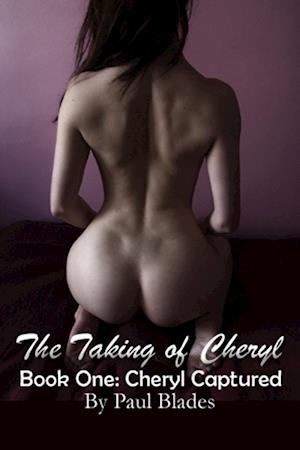 "The beautiful, auburn haired Cheryl is accosted in her New York City apartment by a slave trader known only as Turk. He strips her, and after sampling her luxurious body, he dresses her in her sexiest dress and forces her to do a lascivious strip tease before a web cam. The performance is webcast to wealthy and unscrupulous bidders throughout the world - Cheryl is their latest prize. The ultimate buyer is unknown to Turk, his job is to package her in a soundproof traveling case and deliver her to a strip mall in Baltimore, where he will hand her off to unknown agents of an international criminal organization known only as ""K"". While preparing Cheryl for her journey, he finds himself strangely drawn to the comely young woman. He kisses her, something he has never done before to any of the women he has kidnapped and enslaved. But he must disregard his strange attraction to the girl, she's to be sold. Drugged and packed in a specially designed travel box, the bound and frightened Cheryl is delivered as scheduled. The travel box is taken to a waiting freighter, ready for transport to her owner. The buyer, an American multimillionaire named Benjamin Stoner, is a colonial robber baron who controls most of the northern half of the West African country. Arriving at her final destination, Cheryl quickly learns the awful truth about her new life, as she's subjected to Stoner's sadistic demands, and a sexuality she both despises and learns to crave. While Cheryl suffers under Stoner's brutal regime, her sister Denise arrives in NYC, in search of her. As soon as Turk discovers the 'look-alike' sister, he immediately sets his sights. If he can't have Cheryl, he'll take Denise as his own. An S&M sexual fantasy, as raw and brutal as it is thrilling, for those who enjoy the extremes of sexual slavery."