The Sweetest Witch Around 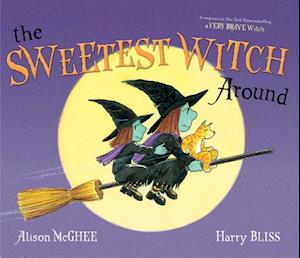 A young witch's sweet tooth leads to Halloween mischief in this companion to the New York Times bestselling A Very Brave Witch, which School Library Journal called "a humorous, not-scary-at-all read-aloud." It's Halloween night, and one very brave witch has decided to teach her little sister all about humans and what they enjoy, including some yucky stuff called "candy." But when it seems the little Witchling thinks candy is yum, her big sister flies off to set her straight--and then she gets stuck in a tree Good thing the little Witchling isn't afraid to be brave This delightful Halloween tale perfectly pairs with A Very Brave Witch.