The Swatantra Party and Indian Conservatism 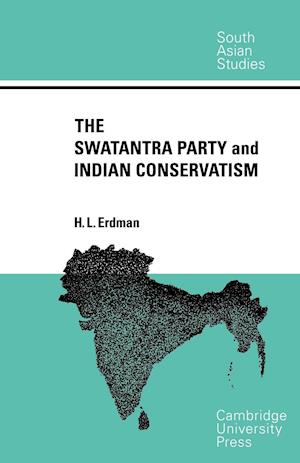 The Swatantra Party, founded in 1959 to provide a right-wing opposition to the ruling Congress Party, has since become the leading opposition in the Indian national parliament. Dr Erdman examines the background, emergence and growth of Swatantra within the framework of conservative politics in India. He first considers the concept of conservatism, and surveys the doctrines, social bases and political organization of the right-wing parties prior to 1959. He then describes how the Swatantra coalition, predominantly an aggregate of provincial parties, was founded by some of India's most distinguished public figures. The later chapters examine in detail the internal structure, ideology, leadership and electoral performance of the party, and its relationship with the other major opposition parties in India. The results of the 1967 elections are discussed in an appendix.