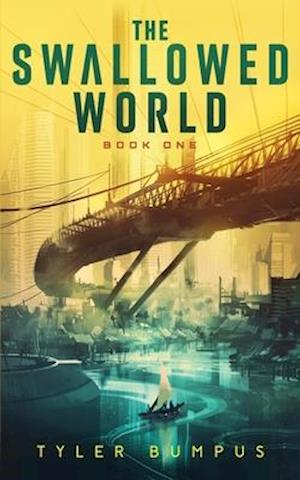 THE FUTURE IS WRITTEN.

AT THE END OF OUR WORLD IT BEGINS. THE GREAT RIFT N. Amer. informal the wholesale collapse of the United States of America as a political and federal entity in Y3 of the DILUVIAN ERA. Major contributing factors: mass flooding of old coastal power centers; the PETROL DROUGHT and resultant crippling of transit and supply lines; the NUTRICIDE attacks and impending nation-wide famine; the ecological CALAMITIES and shortfall of aid in affected regions; and burgeoning separatist camps ushering in the sectarian bloodbath of the OLD STATE CLASHES. The fractured country plunged headlong into a new age of war, industry, and technology from which there was no returning. (from Terminology of Post-Rift America, 3rd Ed., Y64, DE)

So begins THE SWALLOWED WORLD-a bold new futurist saga. At the crossroads of innovation and collapse, genius and madness, humankind faces the ultimate trial to which all must submit: Transformation or extinction. From literary to science fiction, horror to allegory, the apocalyptic to the mythic-this multi-volume epic is a window into a truly alien future civilization; deep in world building, rich in character, breathtaking in scope.

BOOK ONE of The Swallowed World saga opens some fifty years after the Great Rift that shattered the continent, when America is again uncharted and wild. At civilization's edge, the drowned peninsula once known as Florida, a world-weary outlaw finds himself smuggling the one cargo he never dreamed he'd possess-the future of the human race.