- A Cultural History from the Great War to Nuclear Combat 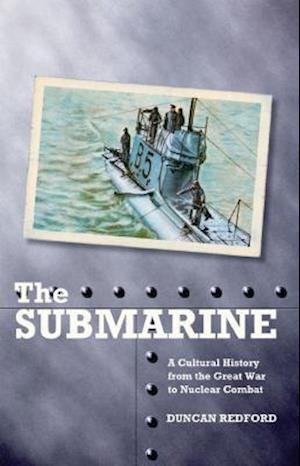 "Underhand and damned un-English" was the view of submarines in Edwardian Britain. Yet by the 1960s the new nuclear powered submarines were seen by the Royal Navy as being the "hallmark of a first class navy." In this book Duncan Redford, a retired Royal Navy submarine officer, explores how - and why - attitudes to the submarine changed in Britain between 1900 and 1977. Using a wide array of previously unpublished sources, Redford sheds light on what the British thought about submarines, both their own and those that were used against them. Rather than providing an operational history of Britain's submarines, this book looks at naval and civilian conceptions of what submarine warfare was imagined to be like in the context of unrestricted submarine warfare, the world wars and the development of nuclear weaponry. With chapters on the coronation and jubilee reviews at Spithead, the submarine in novels and films, as well as coverage of the Royal Navy's and civilian views of submarines and submarine warfare this book gives a comprehensive view of the British regard - or lack of it - for the submarine. Through the examination of the British relationship with submarines since 1900 it is possible to see changing patterns in acceptance and tensions between different sub-cultures, both civil and maritime. Since 1900 the meaning constructed around submarines has changed as the submarine has progressed along a road from perdition as the weapon of the weaker power (and morally weaker power too) to a form of redemption as a major capital unit. This book will be essential for naval historians, students and those interested in aspects of submarine development and use.