Struggles And Dreams Of Robert Langer, The

- Robert, L: Struggles And Dreams Of Robert Langer, The 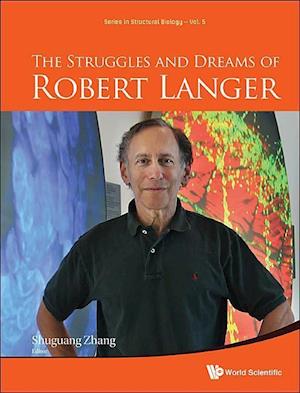 This book provides a glimpse into the life and work of Robert Langer, an amazing scientist, inventor and entrepreneur. Growing up in Albany, New York, Langer developed a passion for mathematics. While he was pretty good at science, he was very good at math. He went on to receive his BA in chemical engineering from Cornell University and his Doctorate of Science from the Massachusetts Institute of Technology. As a graduate student at MIT, he was involved in teaching underprivileged high school dropouts, his goal: to make math and science interesting.Langer's research laboratory at MIT is the largest biomedical engineering lab in the world. He has authored more than 1300 papers and holds more than 1080 patents. His patents have been licensed or sublicensed to more than 250 companies. A selection of 53 key papers and 50 patents are included in this book.Langer has pioneered many new technologies, including controlled release system and is regarded as the founder of tissue engineering in the field of regenerative medicine. However, his success did not come easily. He struggled in the late 1970s and early 1980s because scientists, especially established scientists, did not believe in his research. To obtain his first patent, Langer scoured existing literature and found a paper published by five famous chemists and chemical engineers that said his results were surprising and went against conventional thinking. He managed to get the patent after the five researchers confirmed that they really wrote the paper.The introductory chapter of the book gives an account of Langer's struggles as well as triumphs as he pursued research in biotechnology and tissue engineering in an effort to 'make the world a better place and transform human healthcare.' The book will appeal to both students and scientists.