Structures of Virtue and Vice 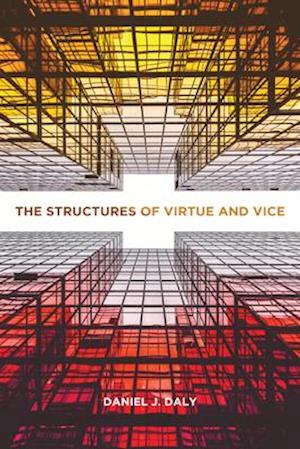 A new ethics for understanding the social forces that shape moral character.It is easy to be vicious and difficult to be virtuous in today's world, especially given that many of the social structures that connect and sustain us enable exploitation and disincentivize justice. There are others, though, that encourage virtue. In his book Daniel J. Daly uses the lens of virtue and vice to reimagine from the ground up a Catholic ethics that can better scrutinize the social forces that both affect our moral character and contribute to human well-being or human suffering.Daly's approach uses both traditional and contemporary sources, drawing on the works of Thomas Aquinas as well as incorporating theories such as critical realist social theory, to illustrate the nature and function of social structures and the factors that transform them. Daly's ethics focus on the relationship between structure and agency and the different structures that enable and constrain an individual's pursuit of the virtuous life. His approach defines with unique clarity the virtuous structures that facilitate a love of God, self, neighbor, and creation, and the vicious structures that cultivate hatred, intemperance, and indifference to suffering. In doing so, Daly creates a Catholic ethical framework for responding virtuously to the problems caused by global social systems, from poverty to climate change.