The Structure of Truth 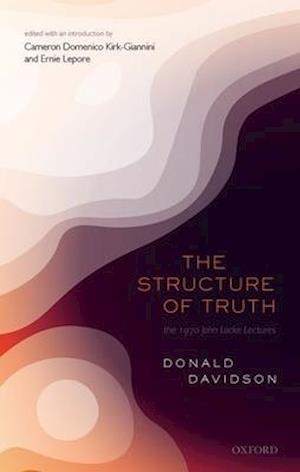 Donald Davidson was one of the most famous and influential philosophers of the twentieth century. The Structure of Truth presents his 1970 Locke Lectures in print for the first time. They comprise an invaluable historical document which illuminates how Davidson was thinking about the theory of meaning, the role of a truth theory therein, the ontological commitments of a truth theory, the notion of logical form, and so on, at a pivotal moment in thedevelopment of his thought. Unlike Davidson's previously published work, the lectures are written so as to be presented to an audience as a fully organized and coherent exposition of his program in the philosophy of language. Had they been widely available in the years following 1970, the reception of Davidson's workmight have been very different. Given the systematic nature of their presentation of Davidson's semantic program, these lectures will be of interest to anyone working in the philosophy of language.

Forfattere
Bibliotekernes beskrivelse This book marks the first publication of celebrated philosopher Donald Davidson's 1970 Locke Lectures. In detailing his work on the theory of meaning, the role of a truth theory, the ontological commitments of a truth theory, and the notion of logical form, these lectures offer a rare insight into Davidson's thought at a key moment in his career.