The Structure of Science

- Problems in the Logic of Scientific Explanation 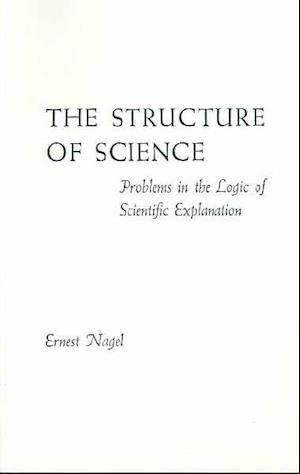 "Ernest Nagel's work, The Structure of Science , has earned for itself the status of an outstanding standard work in its field. It offers an exceptionally thorough and comprehensive methodological and philosophical exploration encountered in those diverse fields. Nagel's discussion is distinguished by the lucidity of its style, the incisiveness of its reasoning, and the solidity of its grounding in all the major branches of scientific inquiry. The Structure of Science has become a highly influential work that is widely invoked in the methodological and philosophical literature. Recent controversies between analytics and historic-sociological approaches to the philosophy of science have not diminished its significance; in fact, it seems to me that the pragmatist component in Nagel's thinking may be helpful for efforts to develop a rapprochement between the contending schools." --Carl G. Hempel