The Story of America 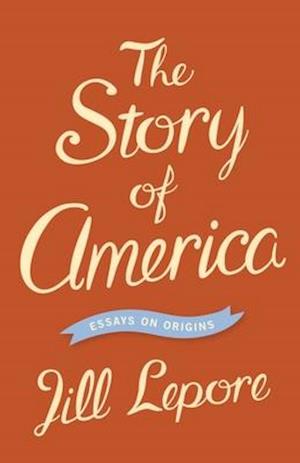 In The Story of America, Harvard historian and New Yorker staff writer Jill Lepore investigates American origin stories--from John Smith's account of the founding of Jamestown in 1607 to Barack Obama's 2009 inaugural address--to show how American democracy is bound up with the history of print. Over the centuries, Americans have read and written their way into a political culture of ink and type.

Part civics primer, part cultural history, The Story of America excavates the origins of everything from the paper ballot and the Constitution to the I.O.U. and the dictionary. Along the way it presents fresh readings of Benjamin Franklin's Way to Wealth, Thomas Paine's Common Sense, "The Raven" by Edgar Allan Poe, and "Paul Revere's Ride" by Henry Wadsworth Longfellow, as well as histories of lesser-known genres, including biographies of presidents, novels of immigrants, and accounts of the Depression.

From past to present, Lepore argues, Americans have wrestled with the idea of democracy by telling stories. In this thoughtful and provocative book, Lepore offers at once a history of origin stories and a meditation on storytelling itself.

"As both a Jeremiah and a troubadour, Jill Lepore has one of the most distinctive voices in American literary life. So skilled in the art of the essay, she has a sense of narrative that is breathtaking. She tells resounding, surprising stories about real people forging American roots and development, but always through a deeply documented history. Both subtly and explosively, Lepore brings the power of history right into your lap and makes you shudder at just how deeply tangled past and present really are."--David W. Blight, author of American Oracle: The Civil War in the Civil Rights Era

"Jill Lepore is one of America's most interesting scholars--a distinguished historian and a brilliant essayist. This prolific collection of articles and essays is a remarkable body of work that moves from early America to our present, contentious age."--Alan Brinkley, author of The Publisher: Henry Luce and His American Century

"Jill Lepore is one of our finest historians of the battle over the story called 'America, ' which, as she says, is constantly being fought over and over. In this stunning collection of essays, Lepore makes the case that the rise of democracy is bound up with the history of its reading and writing. That history is conflicted, ragged, and contradictory but, in Lepore's capable hands, as gripping and compelling as a novel."--Cathy N. Davidson, Duke University

"Concise, clear, vivid, witty, insightful, and rich in turns of phrase. More than any other historian I know, Lepore cares about good writing and has a talent for making sophisticated ideas accessible to a broad readership."--Alan Taylor, author of The Civil War of 1812: American Citizens, British Subjects, Irish Rebels, and Indian Allies

"Jill Lepore's storytelling power is on full display here. As much literary exercises as historical inquiries, these essays are compact, highly readable, and often written from an unexpected angle. Combining a lightness of touch with the authority of a historian who knows her field inside out, Lepore moves effortlessly through the length of American history."--Wai Chee Dimock, Yale University