The Stated Motivations for the Early Islamic Expansion (622-641) 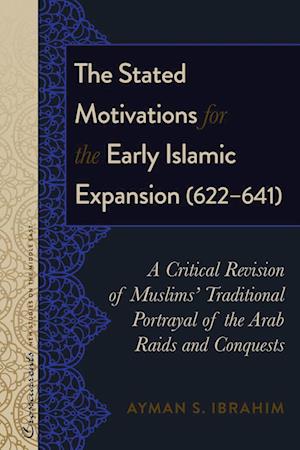 What motivated the early Islamic conquests? Did the Arabs fight for Allah, or for wealth and dominance? Were the conquerors principally Arabs, or specifically Muslims? Were the Muslim believers motivated by religious zeal to proclaim Islam to the non-Muslims? Consequently, was Islam spread by the sword? This is a question that has crucial implications today.The Stated Motivations for the Early Islamic Expansion (622-641) extensively analyzes the earliest Arabic Muslim sources to answer these and other questions. It relies on over 400 works, including primary sources written by more than 90 medieval Muslim authors, Sunni, Shiite, Sufi, and Mu'tazilite. It explores how medieval Muslim writers represented the early Arab leaders, and how much we can trust their reports. It concludes with an examination of the Qur'an's commands regarding fighting and armed jihad, and questions what later commentators suggest about fighting the non-Muslims, specifically how radical Muslim interpretations match or violate Islam's sacred scripture.This is the first scholarly analysis to focus on the stated motivations for the early Islamic expansion in the first two decades of Islam. It is a valuable resource for courses on Muslim history, introduction to Islam, Islamic origins and texts, classical and modern Islamic thought, Muhammad's biography, Islamic Caliphates, Muslim-Christian relations, Jews in the Muslim world, Middle Eastern history, and world history. In the age of ISIS, Qaeda, and Boko Haram, this book reflects on how historiographical accounts can inform today's multi-cultural and multi-religious societies on complex relations, mutual respect, and religious coexistence.