The State Versus the People 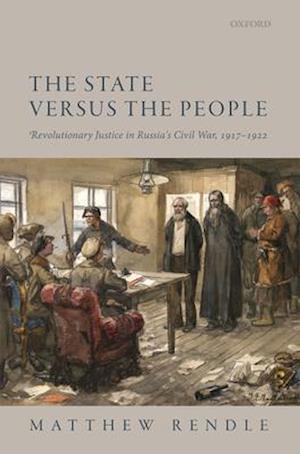 The State versus The People provides the first detailed account of the role of revolutionary justice in the early Soviet state. Law has often been dismissed by historians as either unimportant after the October Revolution amid the violence and chaos of civil war, or, in the absence of written codes and independent judges, little more than another means of violence alongside the secret police (Cheka). This is particularly true of the most revolutionary aspectof the new justice system, revolutionary tribunals-courts inspired by the French Revolution and established to target counter-revolutionary enemies. Yet the evidence put forward in this book paints a more complex picture. The Bolsheviks invested a great deal of effort and scarce resources in building an extensive system of tribunals that spread across the country and operated within the military and the transport network. At their peak, hundreds of tribunals heard hundreds of thousands of cases every year. Not all, though, ended in harsh sentences: some were dismissed through lack of evidence; others given a wide range of sentences; andothers still, suspended sentences. Instances of early release and amnesty were also common. This book argues that law played a distinct and multi-faceted role for the Bolsheviks. Tribunals, in particular, stood at the intersection between law and violence, offering various advantages to the Bolsheviks by strengthening state control, providing a more effective means of educating the population about counter-revolution, and enabling a more flexible approach to punishing the state's enemies. All of this challenges traditional understandings of the early Soviet state, adding to ourknowledge of the civil war and, ultimately, how the Bolsheviks held on to power.

Forfattere
Bibliotekernes beskrivelse The State versus the People provides the first detailed account of the important role played by law and revolutionary tribunals in securing the Bolsheviks' hold on power after the October Revolution. The study offers a novel perspective on justice and the politics of civil war during the Russian Revolution.