The State of the Earth

- Environmental Challenges on the Road to 2100 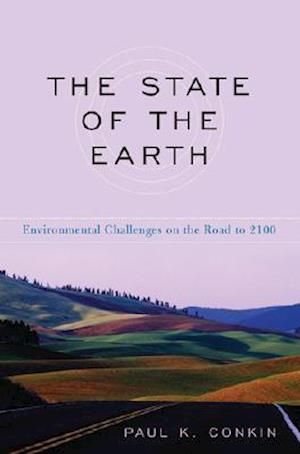 The pace of human progress accelerated profoundly in the twentieth century, spawning revolutionary advances in medicine, agriculture, and industry. Between 1900 and 2000, the world's population quadrupled, and production and consumption of goods increased by a factor of twelve.

Conkin demonstrates how the explosion in population, production, and consumption has begun to deplete critical resources such as soil nutrients and fresh water, leading to potentially widespread shortages in the world's poorest regions. Fossil fuel emissions have assured a rapid increase in greenhouse gases and contributed to rising surface and ocean temperatures, a warming that is almost certain to continue throughout the twenty-first century. Conkin explains how the complex interactions between pollution, warming, and resource depletion may threaten the planet's biodiversity and endanger innumerable species.

The State of the Earth, however, is much more than a summary statement of potential catastrophes. Conkin details the long history of global conservation and environmental protection movements and places their efforts in accessible historical, theoretical, and scientific contexts. He anchors his analysis with the awareness that environmental concerns are simultaneously hotly debated political issues, variables in economic decision making, and matters of extraordinary social and cultural significance.

Conkin's mission is neither to proclaim certain doom nor to suggest blithely that technological innovation and other free-market solutions will soon repair the damage already done. Rather, The State of the Earth explains the realities and consequences of ecological disruption, unsustainable growth, and environmental degradation. Conkin provides a sober and comprehensive introduction to the science and history of the environmental challenges facing humans in the new century, highlighting the need to act now on a global scale to reverse these troubling trends.