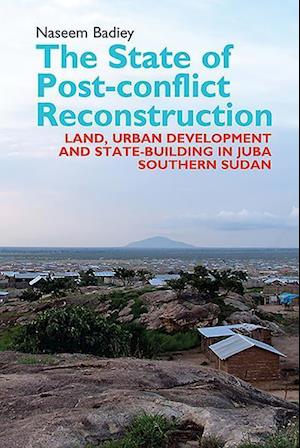 Naseem Badiey examines the local dynamics of the emerging capital city of Juba, Southern Sudan, during the historically pivotal transition period following the 2005 Comprehensive Peace Agreement (CPA). Focusing on the intersections of land tenure reform and urban development, she challenges the dominant paradigm of 'post-conflict reconstruction' and re-conceptualizes state-building as a social process underpinned by negotiation. Badiey explores local resistance to reconstruction programmes, debates over the interpretation of peace settlements, and competing claims to land and resources not as problems to be solved through interventions but as negotiations of authority which are fundamental to shaping the character of the 'state'. While donors and aid agency officials anticipated clashes between the Government of Sudan and the Sudan People's Liberation Movement (SPLM) following the CPA, they did not foresee internal divisions that impeded reconstruction in Southern Sudan, raising serious questions about the viability of an independent state. In Juba local elites interpreted the CPA in line with their economic and political interests, using claims to land, authority and political power to challenge the SPLM's agenda for urban reconstruction. In revealing how local actors strategically interpreted the framework of land rights in Southern Sudan, the book offers a basis for understanding the challenges that confront the nascent South Sudan's state-builders and their international partners in the future. NASEEM BADIEY is Assistant Professor of International Development and Humanitarian Action at California State University Monterey Bay.