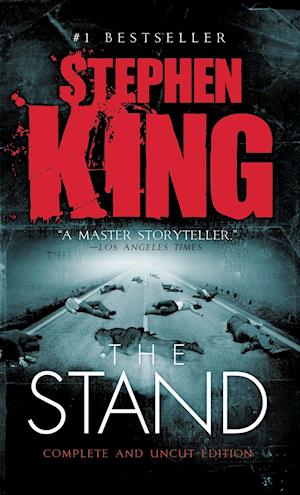 Forfattere
Forlagets beskrivelse Stephen King's apocalyptic vision of a world blasted by plague and tangled in an elemental struggle between good and evil remains as riveting and eerily plausible as when it was first published. Nominated as one of America's best-loved novels by PBS's The Great American Read

A patient escapes from a biological testing facility, unknowingly carrying a deadly weapon: a mutated strain of super-flu that will wipe out 99 percent of the world's population within a few weeks. Those who remain are scared, bewildered, and in need of a leader. Two emerge--Mother Abagail, the benevolent 108-year-old woman who urges them to build a peaceful community in Boulder, Colorado; and Randall Flagg, the nefarious "Dark Man," who delights in chaos and violence. As the dark man and the peaceful woman gather power, the survivors will have to choose between them--and ultimately decide the fate of all humanity. (This edition includes all of the new and restored material first published in The Stand The Complete And Uncut Edition.)
Bibliotekernes beskrivelse Arguably the greatest horror novel ever written by the greatest horror novelist, "The Stand" is a true modern classic that was first published in 1978, and then republished in 1990, complete and unabridged. Now available in a tall Premium Edition.