indgår i serie Men at War 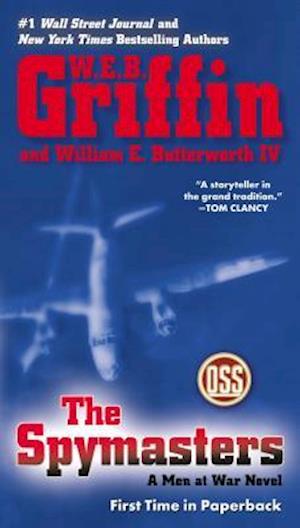 #1 Wall Street Journal and New York Times bestselling author W.E.B. Griffin continues his gripping series featuring the legendary OSS--fighting a silent war of spies and assassins in the shadows of World War II. Summer 1943. Two of the Allies' most important plans for winning World War II are at grave risk--the coming D-Day invasion and the Manhattan Project's race to build the atomic bomb. OSS spy chief William "Wild Bill" Donovan turns to his top agent, Dick Canidy, and his team. They've certainly got their work cut out for them. In the weeks to come, they must fight not only the enemy in the field--and figure out how to sabotage Germany's new "aerial torpedo" rockets--but also the enemy within. Someone is feeding Manhattan Project secrets to the Soviets. And if the Soviets build their own atomic bomb, winning the war might only lead to another, even more terrible conflict... FIRST TIME IN PAPERBACK