- Athletics as Image and Spectacle 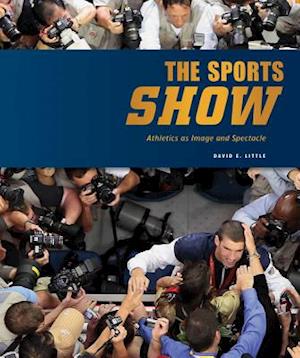 Sporting events as spectacle. Athletes as cultural icons. It was not always so, and The Sports Show reveals in a dramatic way how photography and film and new media transformed age-old leisure activities into the pop culture phenomena of sports in our day. Innovative early photographers and filmmakers were fundamental to this transformation, producing powerful images that put millions of people at the center of the athletic action. As it documents the work of these artists and their role in creating sports as we know it, the book spotlights the artistry and cultural significance of such a shift.A catalogue of the Minneapolis Institute of Arts' exhibition, The Sports Show is a moving picture show in its own right, flashing before us a history of twentieth-century sport caught on film. Here are Jacques-Henri Lartigue's early twentieth-century photographs of his family's adventures driving race cars; Eadweard Muybridge's famous images of "animal locomotion"; photographs by artists as well known as Alfred Stieglitz, Henri Cartier-Bresson, Stanley Kubrick, Edward Steichen, Garry Winogrand, Richard Avedon, Andy Warhol, and Andreas Gursky; and an abundance of extraordinary images from anonymous others who made our pastimes stop time. Accompanying the pictures are frames from films featured in the exhibition (and a dialogue transcript of Roger Welch's O. J. Simpson Project); images from installations; Simon Critchley's essay on soccer, "Working-Class Ballet"; Joyce Carol Oates's "On Boxing"; and David E. Little's essay on spectacle, "How Sports Became the 'Sports Show': From the Beginnings of Photography to the Digital Age."