The Spirit of the Counter-Reformation 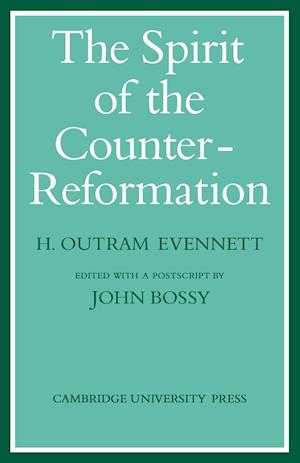 Outram Evennett was a university lecturer in history at Cambridge and a Fellow of Trinity College. This book, based on his Birkbeck Lectures of 1951, represents some twenty years' work on the sources of the Counter-Reformation. Evennett did not live to complete his task, but he has provided a remarkable synthesis of the vast European literature on this subject. His method was to isolate the special and positive characteristics of the Counter-Reformation and to account for them in relation to the environment in which they developed. This approach is highly original; it sees in the spirit of the Counter-Reformation an attempt not to check but to extend and come to terms with the more individualistic and modern environment in which the Catholic Church found itself. The Jesuits are treated as agents of this change. Dr John Bossy has edited these lectures for publication and added a Postscript, analysing some of the problems raised in the years since the lectures were delivered. Professor David Knowles pays tribute to Evennett's memory in a Foreword.