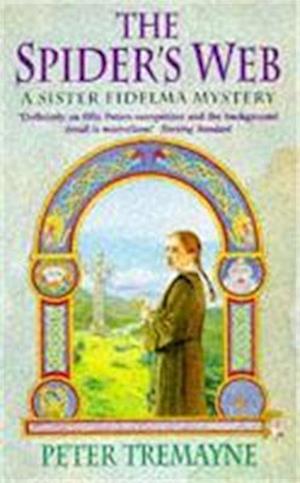 Irish super-sleuth Sister Fidelma is faced with a challenging and disturbing case to investigate in THE SPIDER'S WEB, Peter Tremayne's fifth unputdownable Celtic mystery. PRAISE FOR THE SISTER FIDELMA SERIES: 'The background detail is brilliantly defined . . . wonderfully evocative' The Times, 'A brilliant and beguiling heroine. Immensely appealing' Publishers Weekly Ebert is not a man to make enemies. He is a chieftain with a reputation for kindliness and generosity. Yet, one night, his household is aroused by a scream from his chamber. The servants burst in to find Moen, a young man to whom Eber had extended his protection, crouched over the bloody body of the chieftain. Moen's clothes are drenched in Eber's blood and he is clutching a bloodstained knife in his hand.There seems no doubt of culpability, but why did Moen kill the gentle and courteous Eber? The problem is exacerbated by the fact that Moen himself cannot tell them - for he is deaf, dumb and blind...Sister Fidelma, advocate of the ancient Irish law courts, is compelled to begin an investigation of the killing in order to present an argument on Moen's behalf before he is condemned. Assisted by Brother Eadulf, Fidelma finds that the path to truth twists and turns with the sinister forces of primitive passions and subtle ambitions - and leads inexorably to a final, stunning denouement.What readers are saying about THE SPIDER'S WEB:'Another great read, full of interesting insight into the times, the prejudices and superstitions, whilst playing out the complex details of the plot''Peter Tremayne has woven a very clever story with as many paths as the web of a spider. Beautiful''The Sister Fidelma mysteries are absolutely the best'