The Spaces Between the Teeth

- A Gazetteer of Towns on the Islamic-Byzantine Frontier 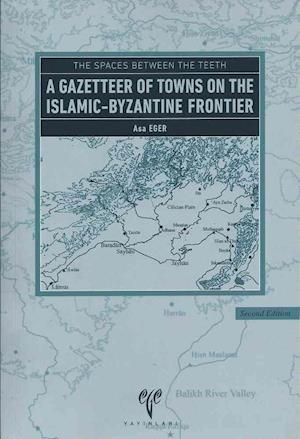 Through Islamic and Christian histories, an ideology has been maintained, persuasively and persistently, that their borders and bordering states were militarized and impenetrable. A paradigmatic example is the seventh to ninth century Islamic-Byzantine borderland (al-thughur), a space frequently addressed in scholarship on Muslim and Christian holy wars, armies and raids, castles, and often treated as an abandoned land. From the seventh to tenth centuries, central, cosmopolitan Islamic writers and scholars on the frontiers describe this space both as a wilderness ready to be settled and a border delineated by a chain of fortresses garrisoned with army soldiers who raided the Byzantine lands yearly. The raids have the semblance of ritual as the Islamic armies neither occupied new lands nor built new settlements. Although Islamic and Byzantine sources describe the Byzantine border in less detail, they suggest, quite differently, a region scattered with an informal group of intermittent small fortresses held by an ad hoc local militia. Byzantines reciprocated raids into Islamic territory, and so the literature of these frontier castles contains numerous accounts of destruction, rebuilding, and further devastation.