The Soviet Union - Federation or Empire? 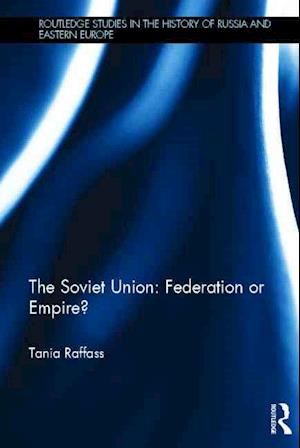 The Soviet Union is often characterised as nominally a federation, but really an empire, liable to break up when individual federal units, which were allegedly really subordinate colonial units, sought independence. This book questions this interpretation, revisiting the theory of federation, and discussing actual examples of federations such as the United States, arguing that many federal unions, including the United States, are really centralised polities. It also discusses the nature of empires, nations and how they relate to nation states and empires, and the right of secession, highlighting the importance of the fact that this was written in to the Soviet constitution. It examines the attitude of successive Soviet leaders towards nationalities, and the changing attitudes of nationalists towards the Soviet Union. Overall, it demonstrates that the Soviet attitude to nationalities and federal units was complicated, wrestling, in a similar way to many other states, with difficult questions of how ethno-cultural justice can best be delivered in a political unit which is bigger than the national state.