- A Model for Development? 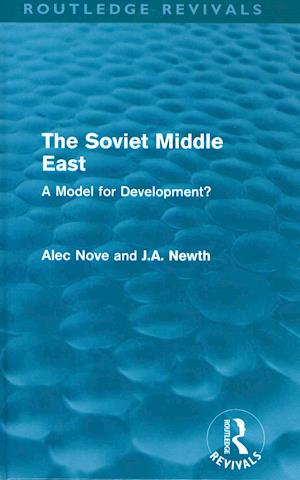 First published in 1967, The Soviet Middle East provides an analysis of the economic and political status of the national republics of Central Asia and Transcaucasia, which were, at the time of the book's initial publication, a part of the Soviet Union. The authors analyse their economic achievements, as well as their rapid progress in health and education, comparing their situation with that of their non-Soviet neighbours and indeed with the rest of the USSR. They seek to define the relevance of the Soviet planning system and Soviet ideology to the development of these countries, and also to contextualise their study in terms of the problems of other developing countries and the political stability of the Soviet Union as a multi-nation state. Written by two leading authorities on the Soviet Union, this reissue will be welcomed by students of Soviet and Middle-Eastern history, and by all those interested in the political, social and economic development of Communist republics.